On 22 JAN, 1 PL, A COY of 7CMBG conducted a mechanized assault on entrenched Russian lines N of BEKETOV in order to disrupt the Russian flanks and lines of communication.

A combined assault including an artillery bombardment and aerial strikes overwhelmed the enemy at OBJECTIVE PANTHER. The assault was preceded by an artillery strike by Bravo Battery under Lt K.Hebig and WO N.Mahoney to keep the Russians' heads down while the mechanized forces, accompanied by 1st Troop, C Sqn, advanced in haste towards the trenches. The artillery strike had destroyed most of the Russian positions leaving some stragglers. 1 PL disembarked from the LAV 6s to engage the surviving Russian infantry on foot and cleared the trenches thoroughly.

However, the Russians apparently panicked and called in a rocket barrage on OBJECTIVE PANTHER with a battery of BM-21 MLRS. The barrage severely wounded our forces and eventually forced COY Comd to call in reserve forces to continue the assault. ISTAR drones quickly located the positions of these MLRS batteries and relayed the positions to elements of 432 Combat Support Squadron, 7 Wing, who proceeded to neutralize these batteries. They also spotted another SPG battery further to the north which was promptly destroyed by 7 Wing forces.

Despite this major setback, 1 PL quickly recovered and reconsolidated at OBJECTIVE PANTHER which was full control of Canadian forces. Combat Team Commander Lt S.Andrews quickly reorganized the surviving combat team and pushed on towards the objective. Like OBJ PANTHER, Bravo Battery commenced an artillery strike on the Russian trenches at OBJECTIVE TIGER as the mechanized/armoured forces pushed towards the edge of the treeline. There, they swiftly destroyed the surviving Russian positions and cleared the trenches without any further delays. Three prisoners (including an officer) were captured inside the command bunker and escorted back to friendly base for interrogation.

The operation was a success overall but 1 PL would be out of action for several weeks due to the casualties they took during the Russian rocket strike. COY Comd has pulled 1 PL back from the frontlines for the time being until it's back up to strength. 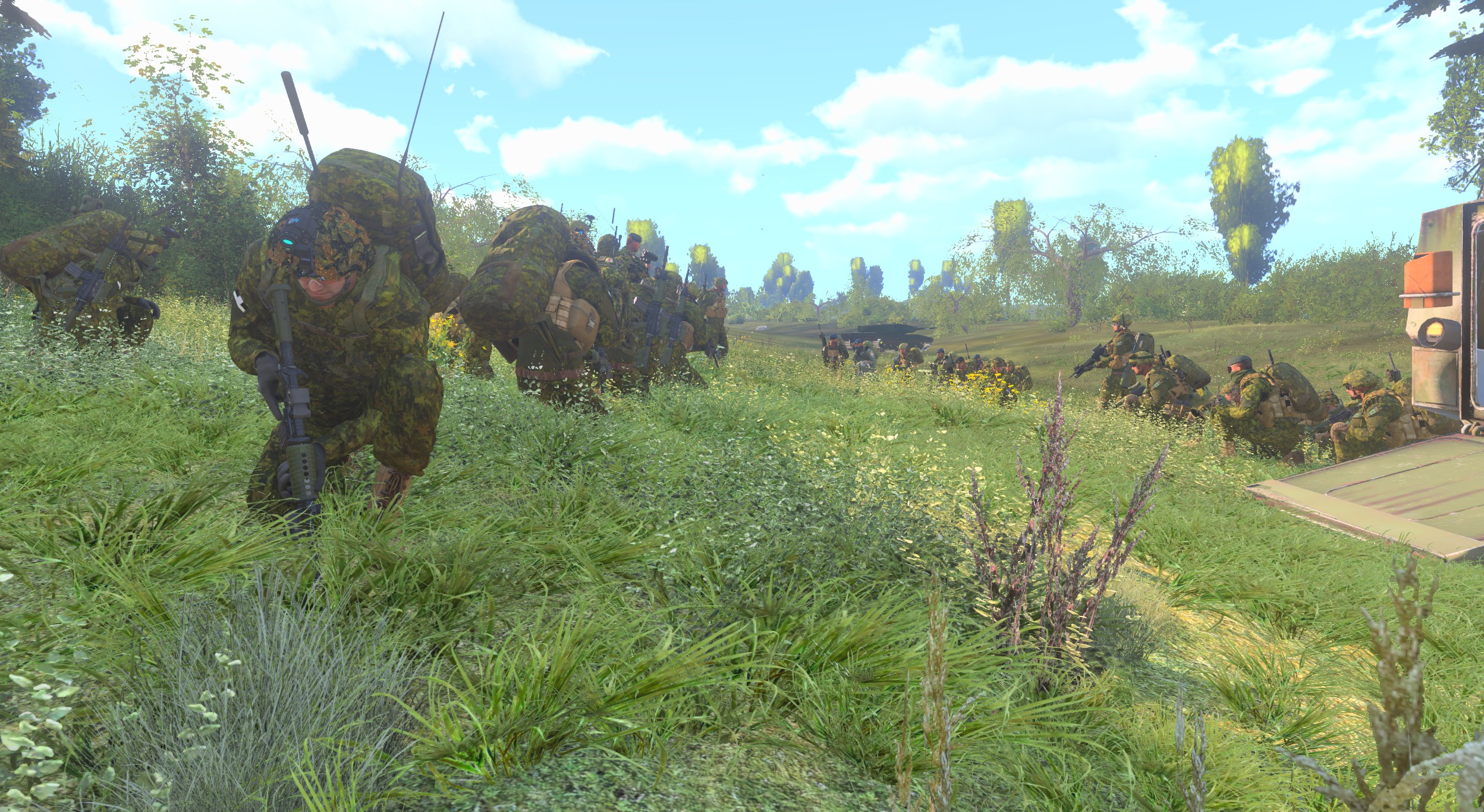