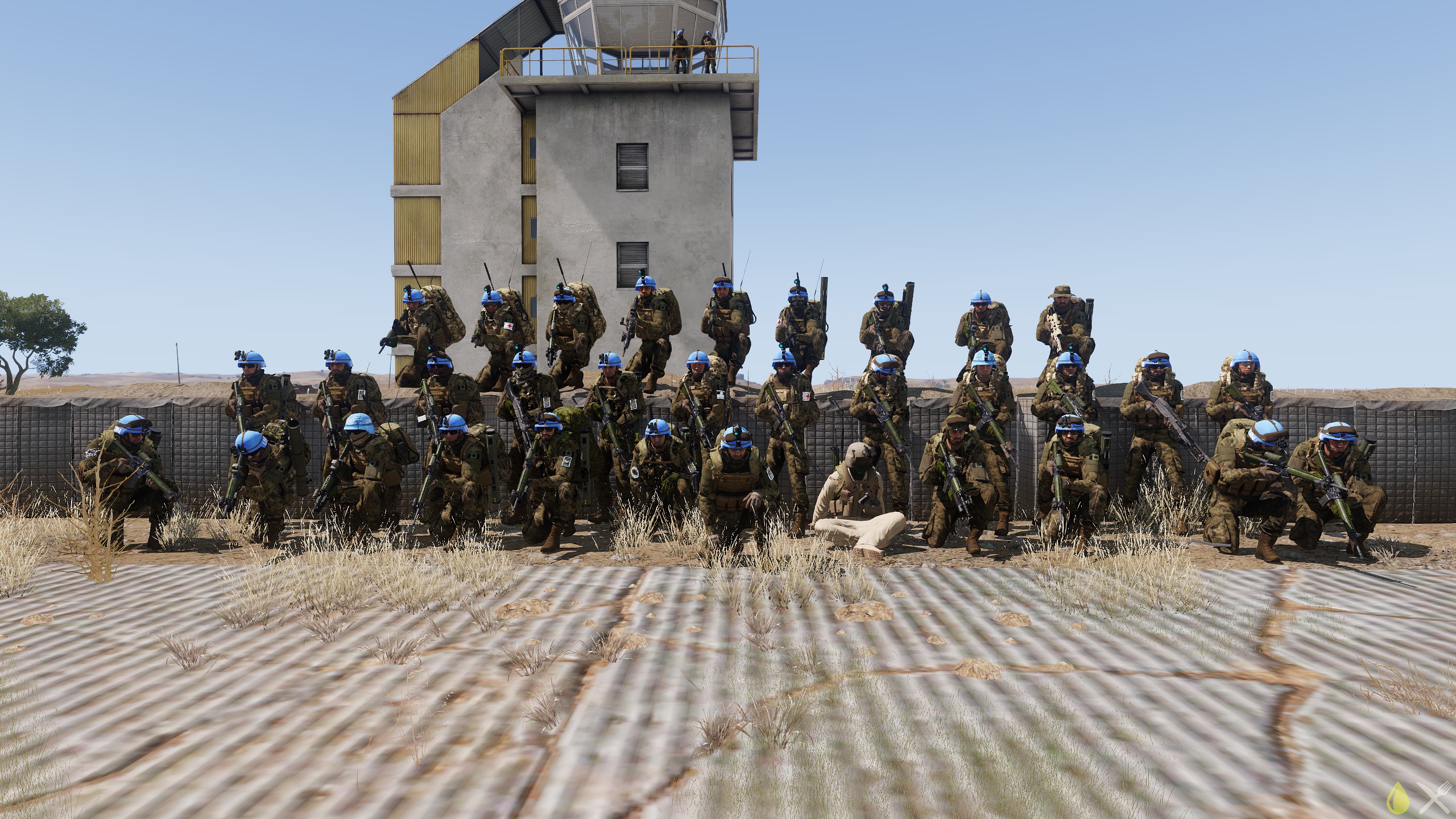 On 19 MAR 2022, 1930 EST, members of 1 Platoon, A COY, successfully established an official presence in MALI in FOB YUMA. The base was abandoned by the UN many years ago; in that time, civilians had used it as their homes and a small marketplace to exchange goods and services with one another.

1 PL encountered an armed militia in an intersection but made friendly contact with them.* (See photo below)* Capt M.Campbell, with his expertise, was able to establish a neutral friendship with the militia, who called themselves the 'Northern Militia,' agreeing to not operate in their territory as long as they did not interfere with UN operations in the region. When Canadian troops retook the abandoned UN base, there was strong protest from the civilians who were living there for many years.

1 PL members established a perimeter inside the base and clearing out the buildings of civilians and any suspicious material while they waited for elements of 2 Platoon to arrive in the base with the necessary supplies. 7 Wing assets began flying in food, water, ammunition, weapons, and other supplies for the base. 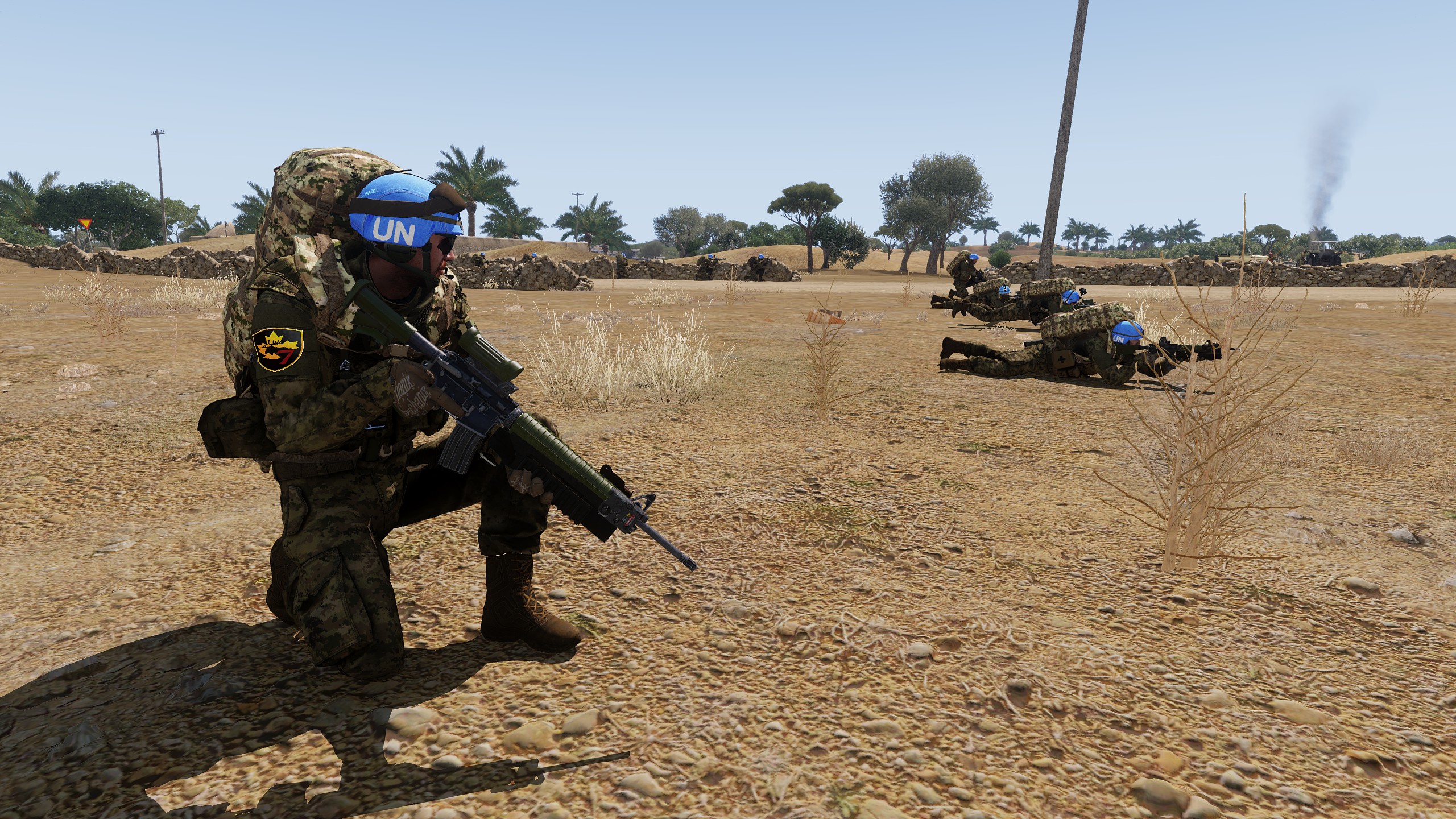 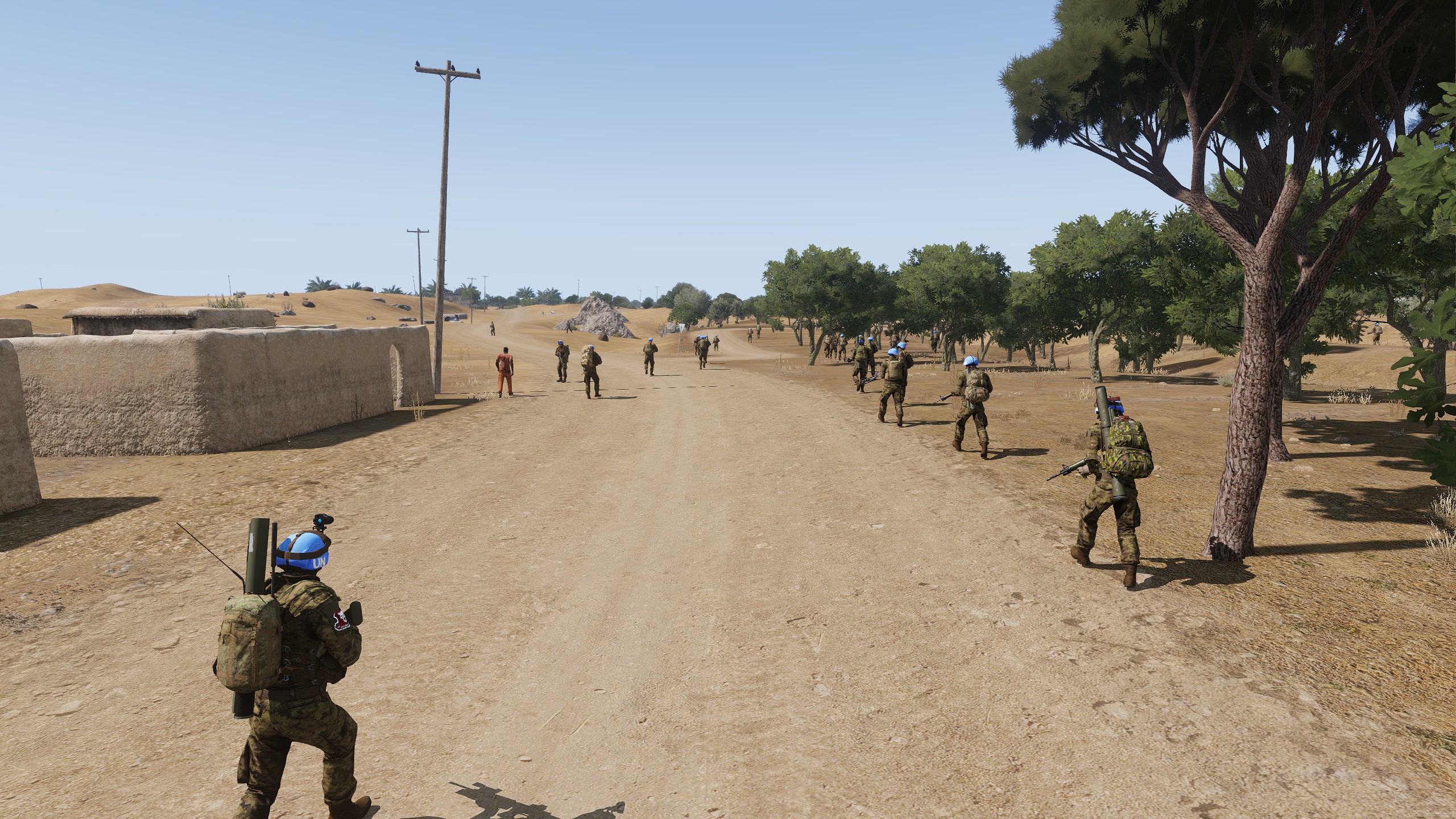 Soon after taking a presence in FOB YUMA, troops encountered Northern Militia forces engaging in combat with another militia force (presumably hostile). The fighting soon reached the UN base. Under the agreement, Northern Militia had retreated from the FOB. Hostile militia began assualting the base. Our troops returned the favour and repelled the assault quickly.

Patrols were conducted around the immediate surroundings to get a lay of the terrain until sunset. 2 PL then relieved 1 PL from stand-to. A COY command officially marked Day 1 of Operation Shepard II an overwhelming success. 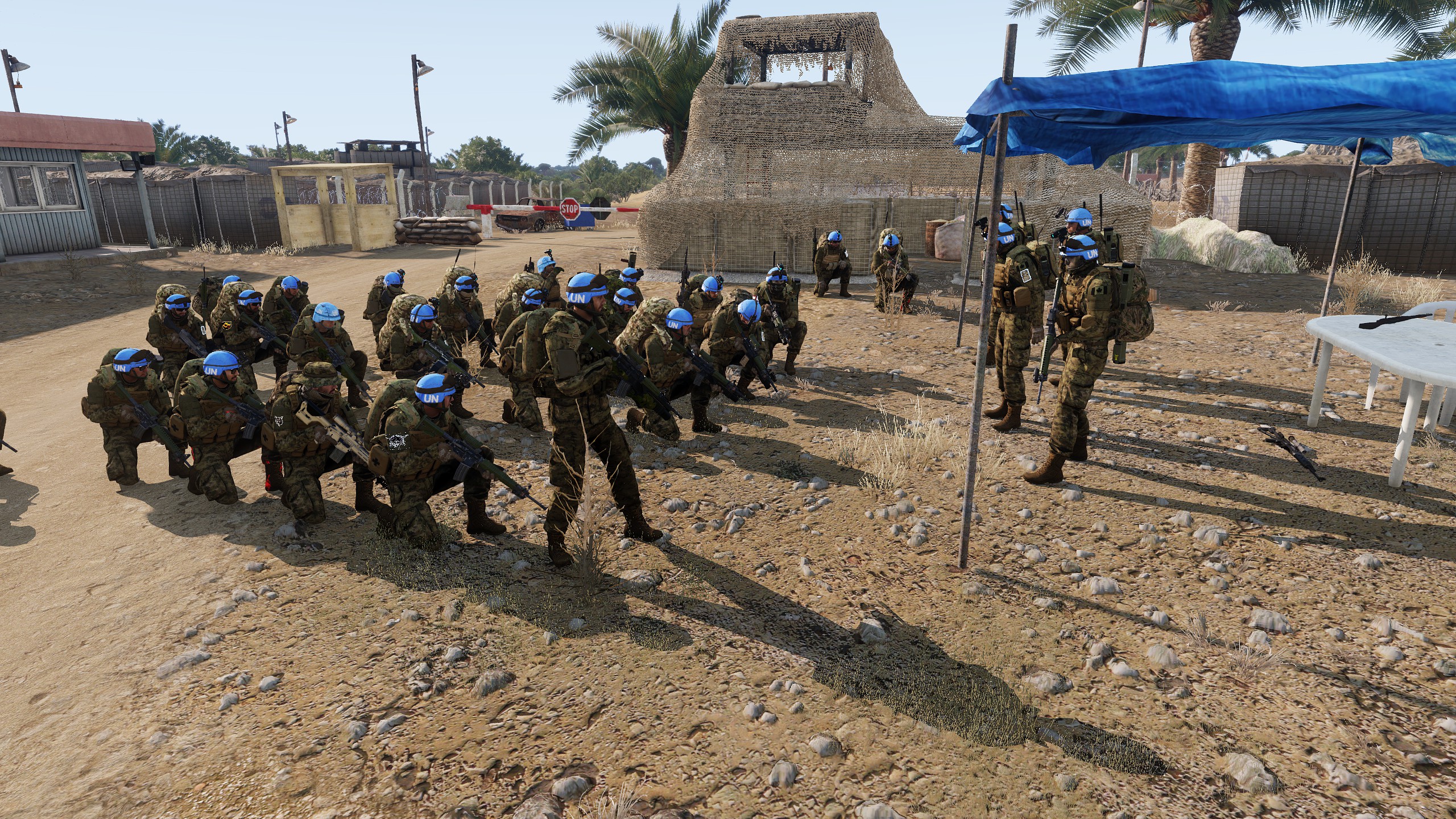