On 06 FEB 2022, A COY, despite understrength, was tasked to launch another mechanized assault on the weakened Russian line while 2 PL conducted an assault on OBJ IMPALA, a small town NE of a confirmed Russian firebase (OBJ TAHOE) fortified around a grain mill. 3 PL simultaneously attacked a dug in entrenchment SE of OBJ TAHOE. 1 PL supported by friendly artillery and tanks conducted the main assault through enemy artillery and mortar fire and secured OBJ TAHOE with haste.

Combat Team commander Lt S.Andrews coordinating with Capt M.Campbell of 1 PL re-consolidated the platoon while 3 PL pushed past OBJ TAHOE to assault the main objective of OBJ MALIBU, the northern end of a town split by a river.

3 PL suffered heavy casualties as the Russian forces were deeply dug in throughout the town and rendered the platoon nearly combat ineffective. 1 PL quickly proceed to relieve the beleaguered platoon at OBJ MALIBU. Friendly artillery and air support cleared the dug in positions in the town while 1st TROOP scored multiple BTR and BMP kills in astonishing fashion. 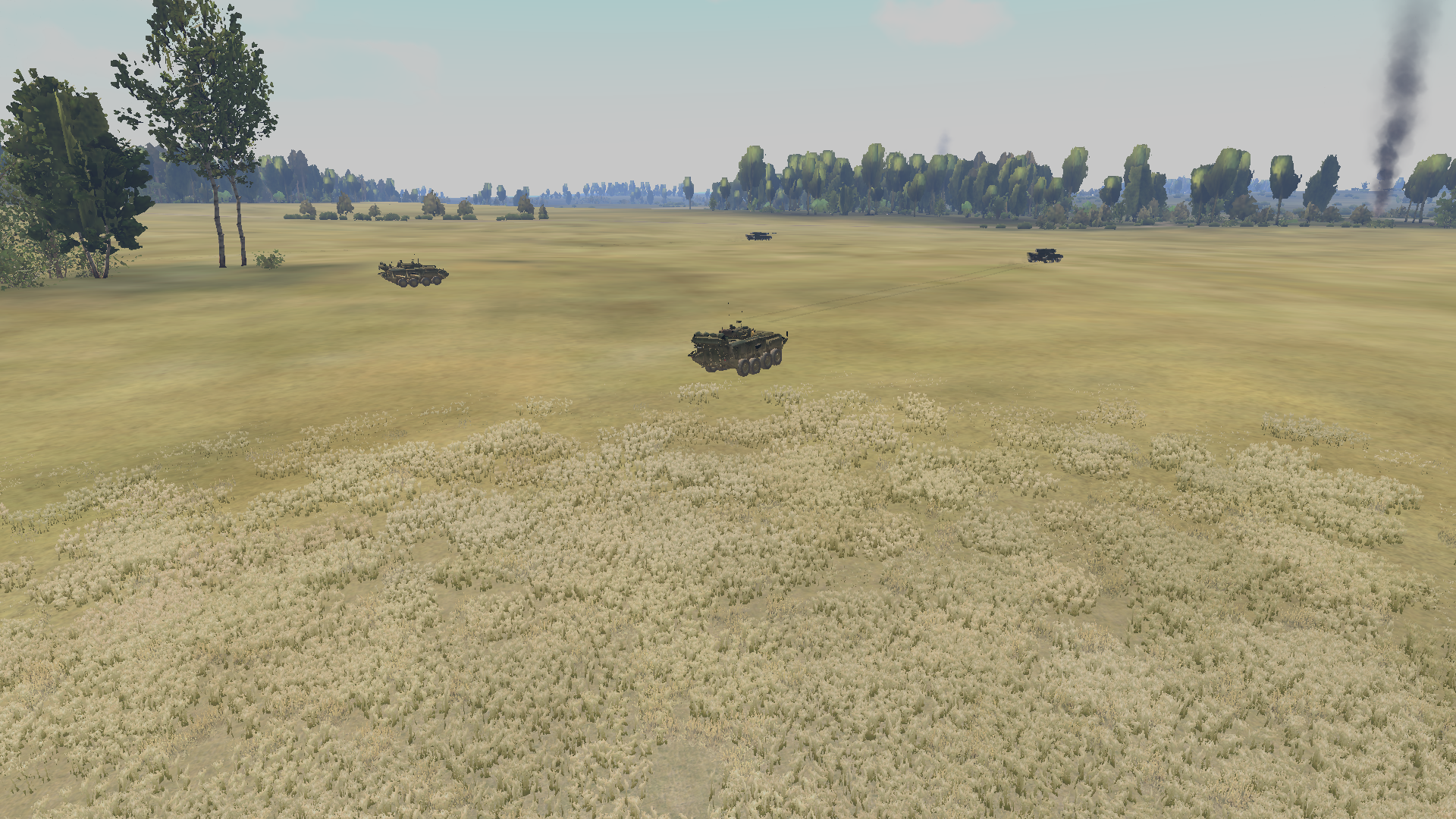 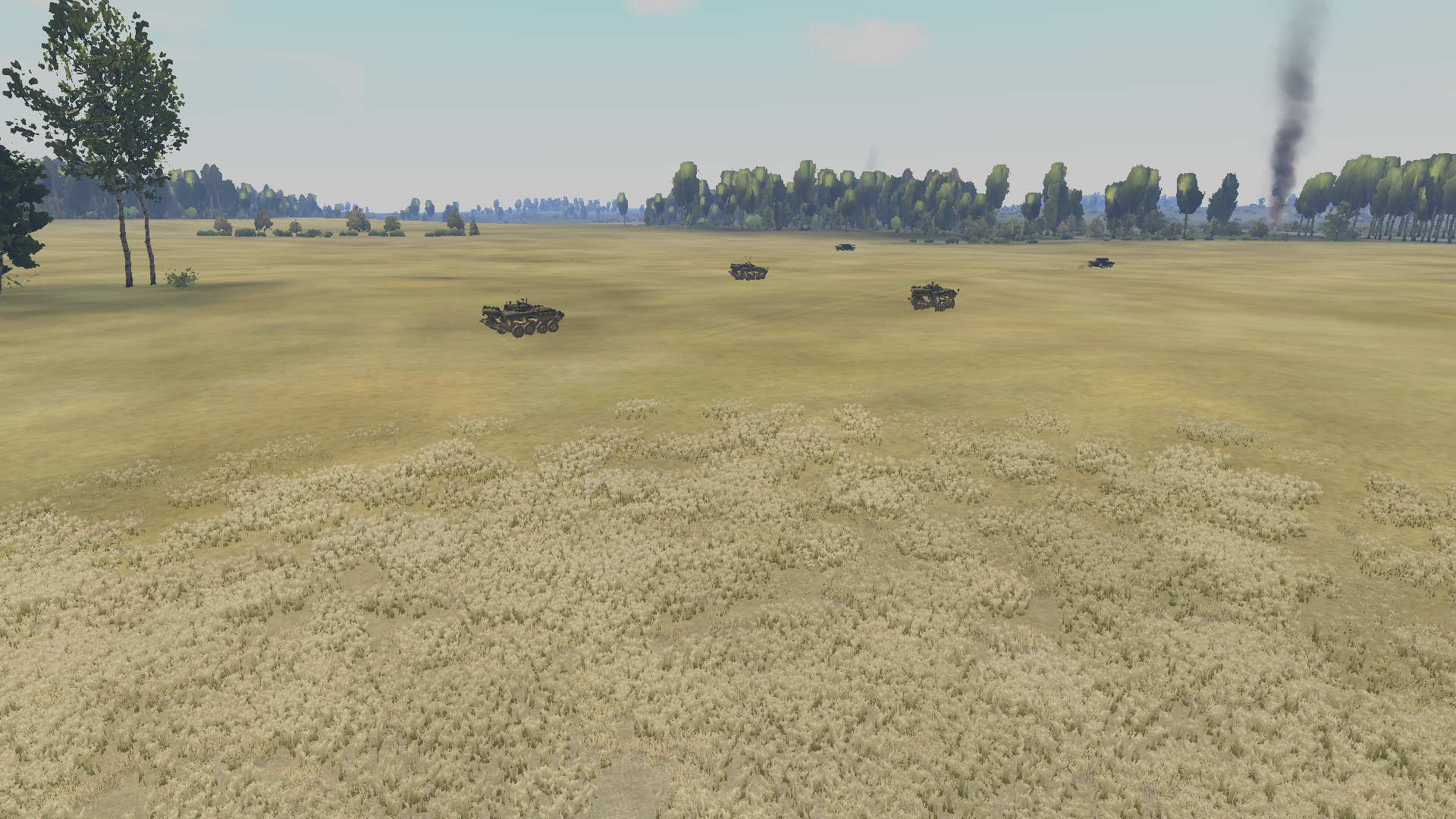 1 PL dismounted to secure OBJ MALIBU but was interrupted by the enemy's own hasty counterattack to retake their positions to no avail. Combined firepower of small arms fire, artillery, air support, and tank fire made quick work of the Russians' counterattacks, successfully repelling them. The Russians were forced to withdraw further S. Combat Team A would eventually secure the rest of the northern end of OBJ TAHOE, dig in, and await reinforcements and replenishment as Canadian troops are still unable to cross the bridge at OBJ MALIBU Russian forces still have S of the town presighted with rear echelon artillery assets (more than our forces can handle currently).

Despite the entire combat team being undermanned and understrength, this quick strike operation is a testament to this unit's capabilities to accomplish their mission no matter the cost. The medical detachment must particularly be thanked for their swiftness in bringing wounded soldiers back to combat effectiveness. 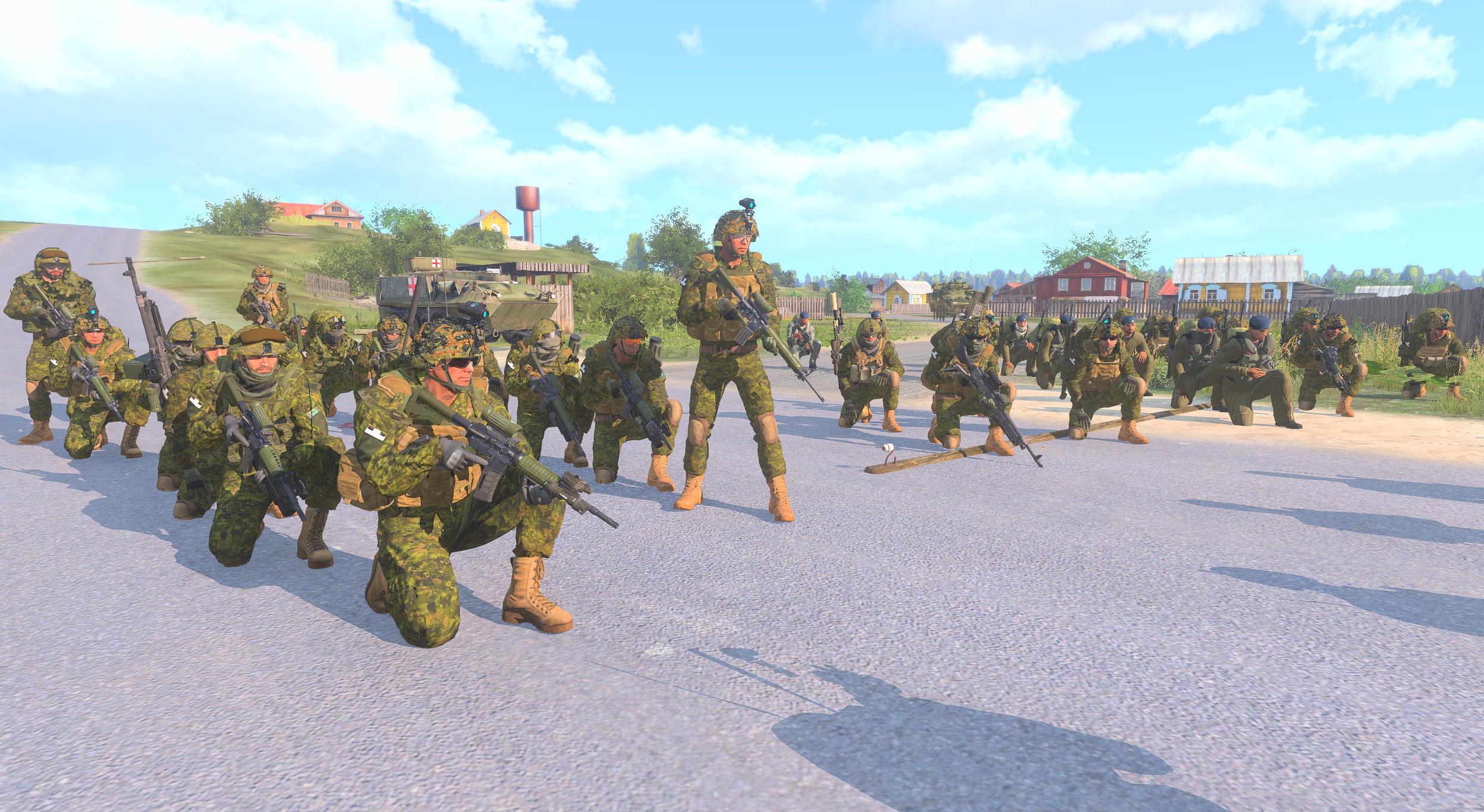