Get your Boots and Toques out, it's chilly out here!

7CMBG is proud to have started the new Kingmaker Campaign, featuring a domestic mission focused around defending Northern Canada from a possible foreign invasion. 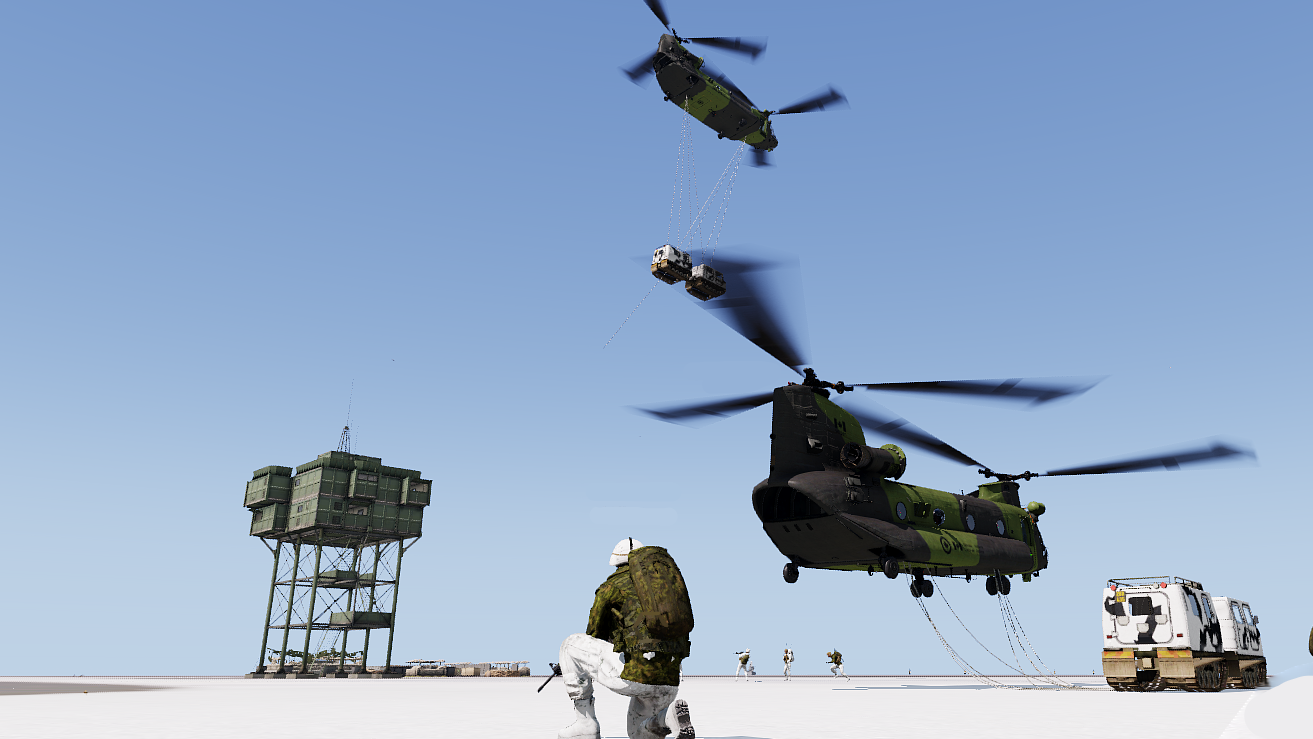 With the start of this new campaign, the first mission was mainly focused on logistics, establishment of a FOB, and testing new weapons, vehicles, and equipment that will serve us well in the unique location 7CMBG finds itself in. 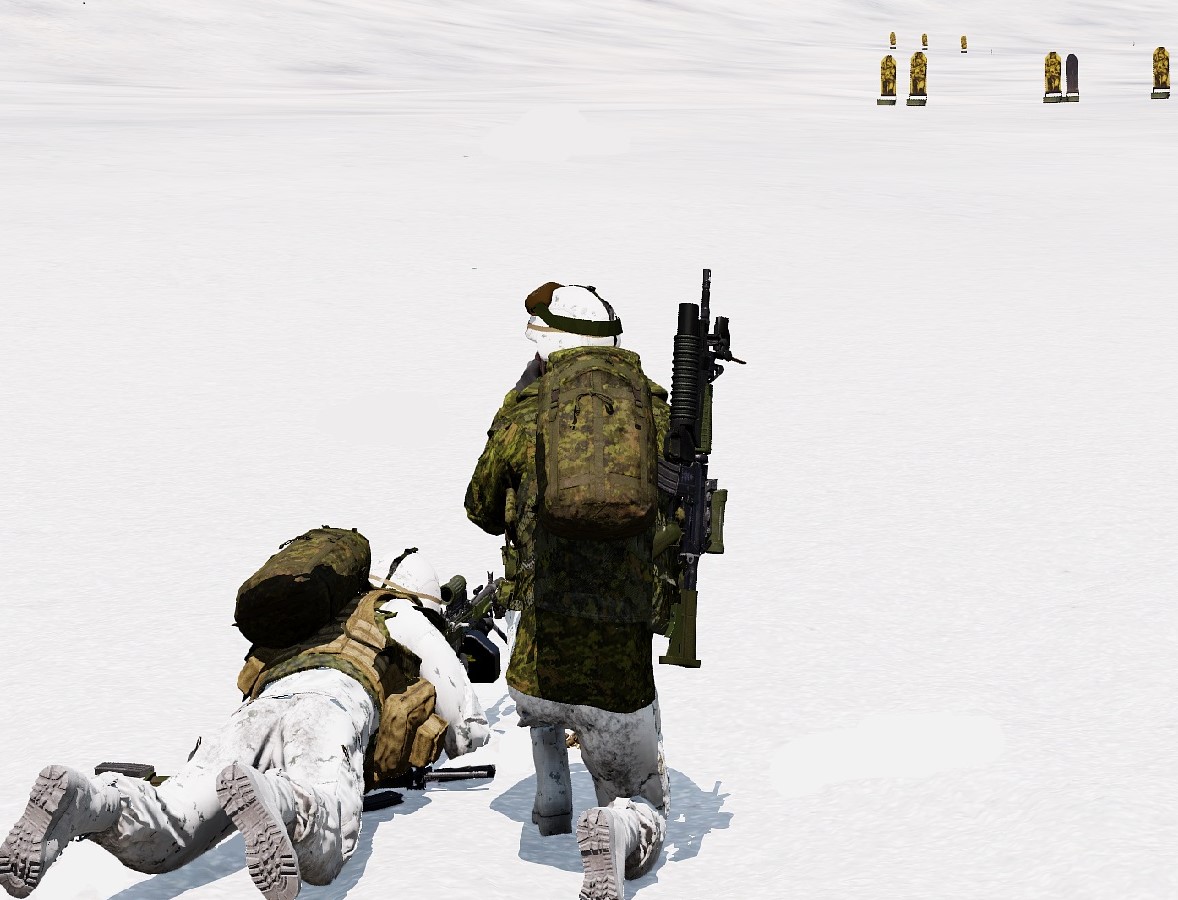 7 Canadian Mechanized Brigage Group is extremely excited the establishment of the Armoured Detatchment.

Led by the extremely experienced Cpl S. Andrews, an Armoured Tank Commander in the Canadian Army, he will be bringing real life tactics and training to the new detachment! 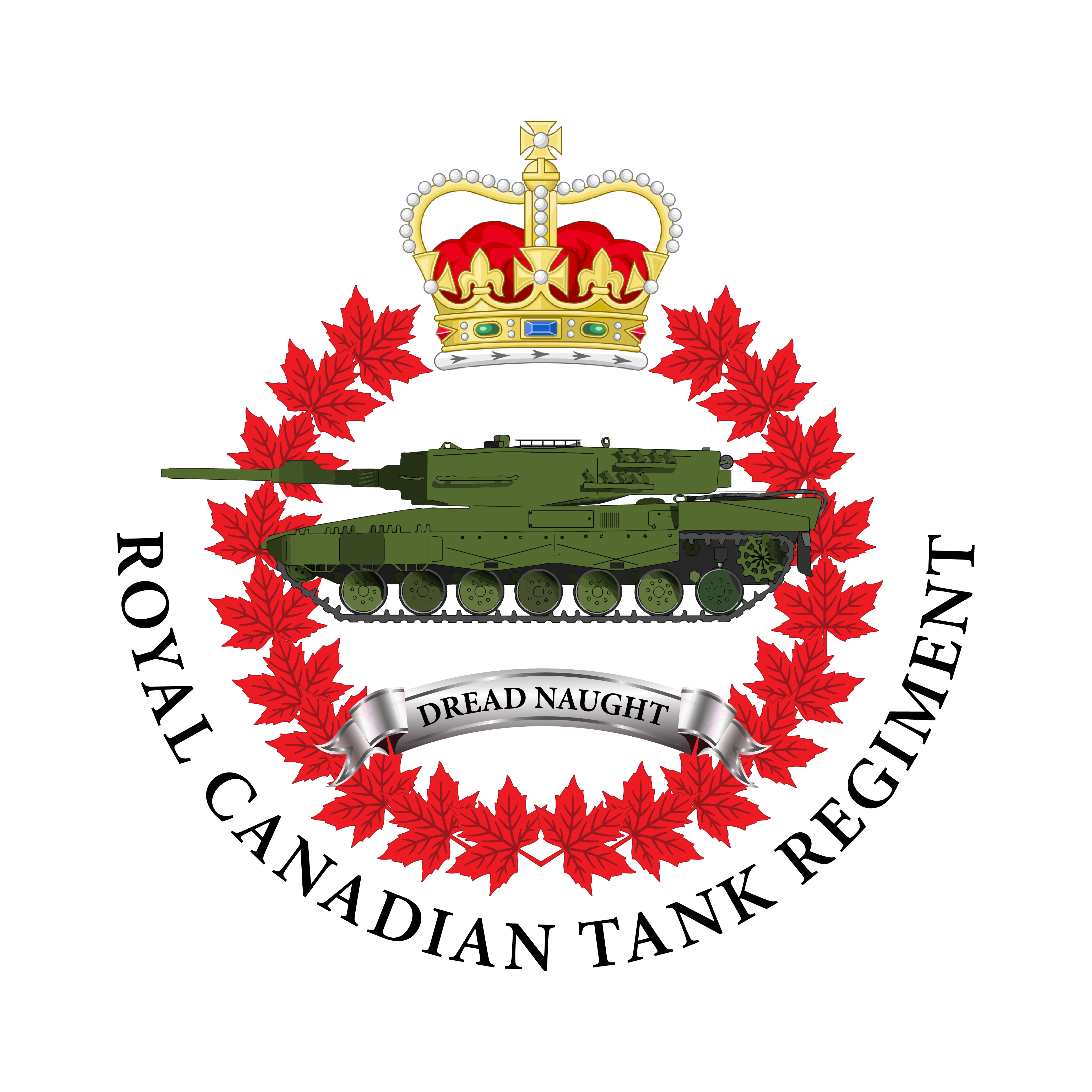 For all those interested in this exciting new opportunity to join a up-and-coming detachment and get in on the ground floor, sign up for the information session and trainings that are ongoing in the next couple weeks, or reach out to Cpl S. Andrews directly!

This week was a fictional mission based around a made-up European military. A friendly helicopter has been shot down and the objective was to try and find its location. 1 Plt was transported to HLZ Alpha by 7-Wing, and moved in on foot to the AO. 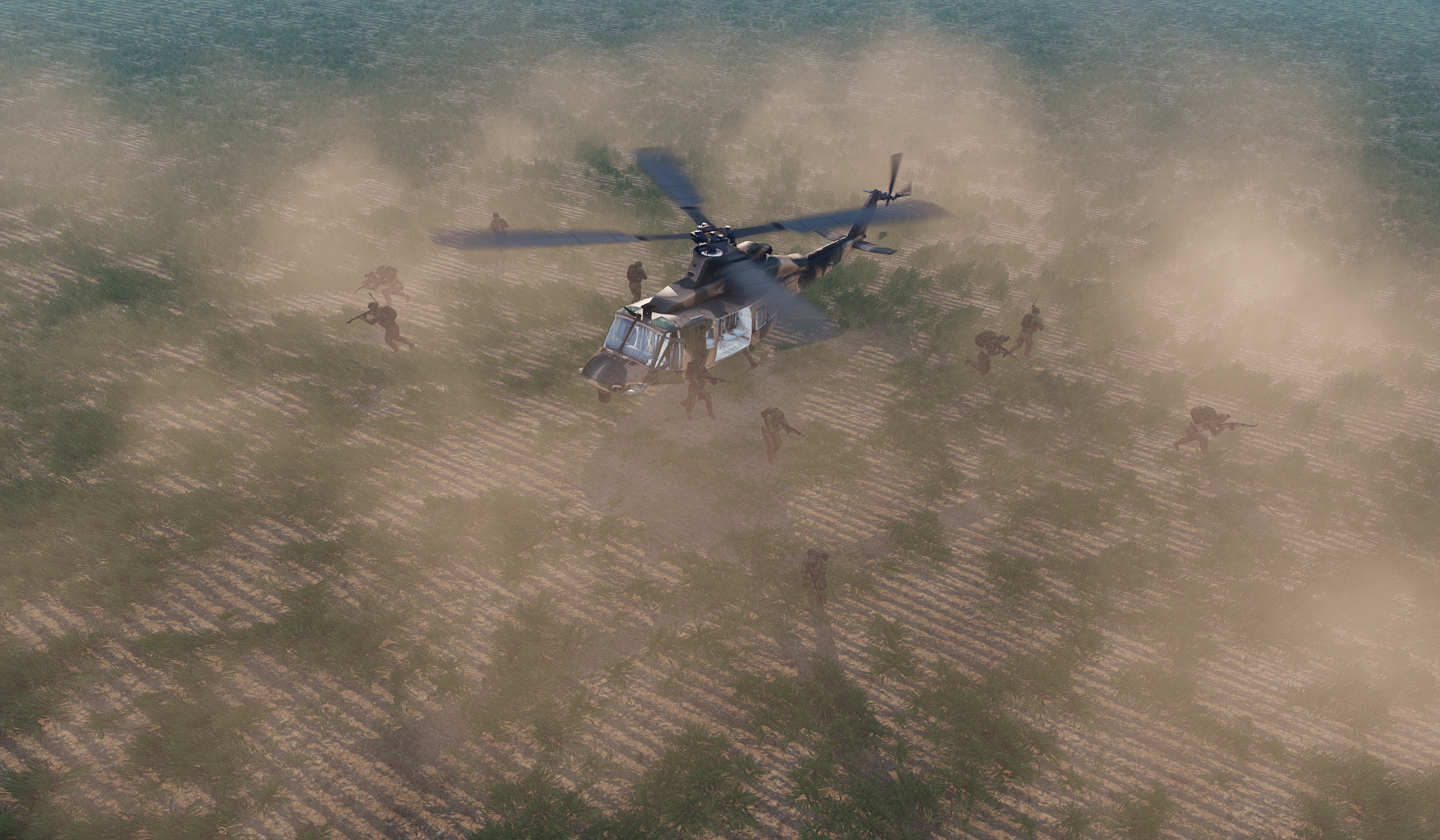 1 Plt then launched a surprise attack and captured the various objectives. 11’s intent was to capture the 3 main objectives, destroy all enemies within the AO, and retrieve all captured equipment and personnel. 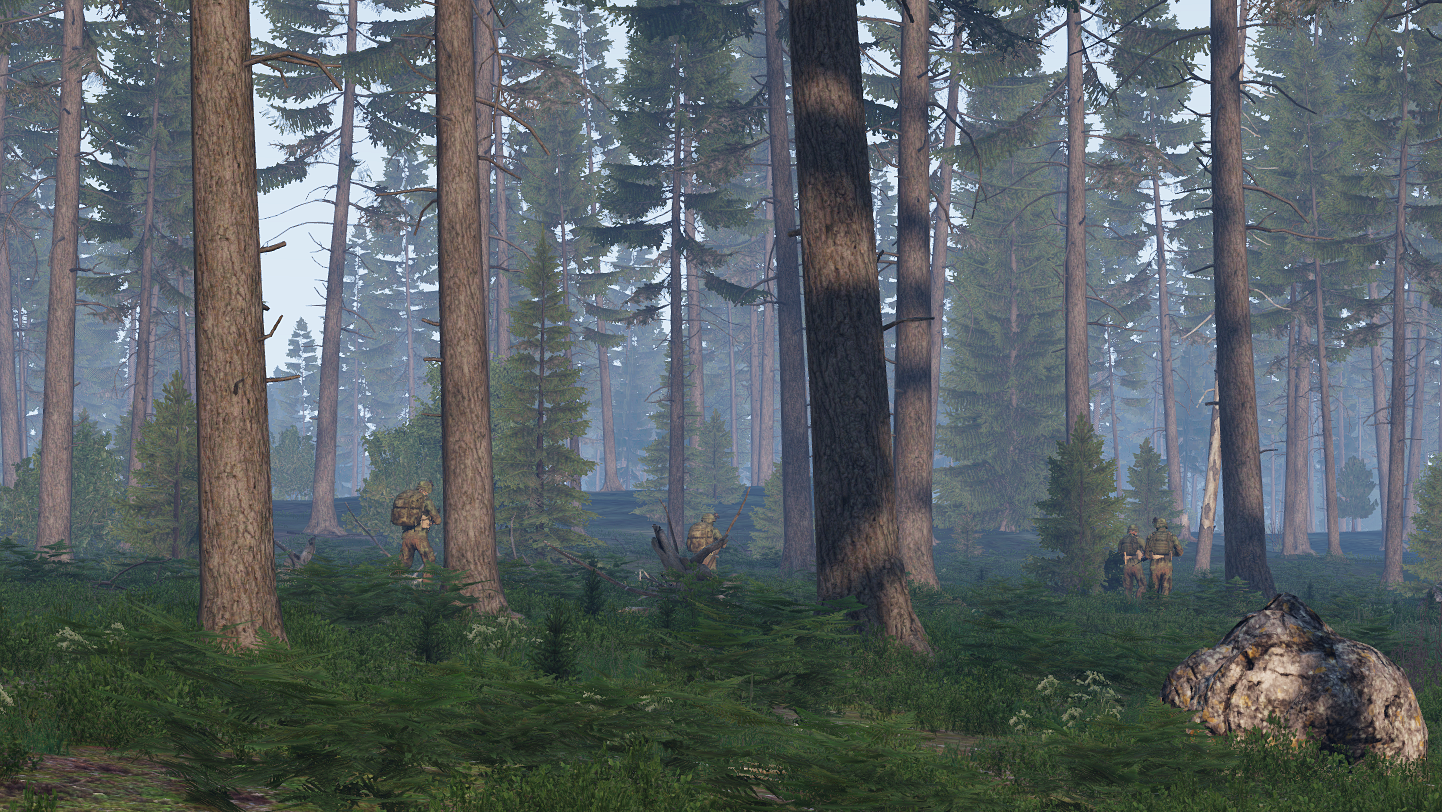 Special Events
The "Crushing and Effective" Battle of Arobster 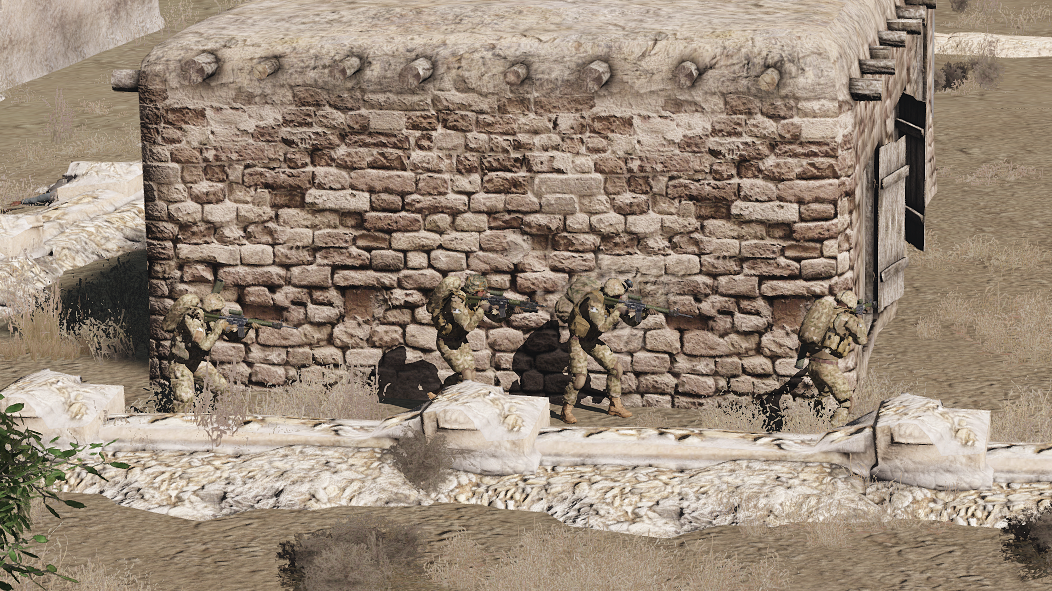 Today, the 101st United States Airborne assaulted the regional town of Arobster, a known insurgent stronghold and safe haven in the area. With the assistance of a Canadian Mechanized LAV Platoon in the area, the 101st went door to door searching Arobster for insurgent activity and weapon caches.

With few casualties, 7-Wing of the 7CMBG assisted with medivac duties, seen entering and leaving HLZ sites within Arobster, as well as general CAS runs destroying an insurgent stronghold and multiple technicals in the area. 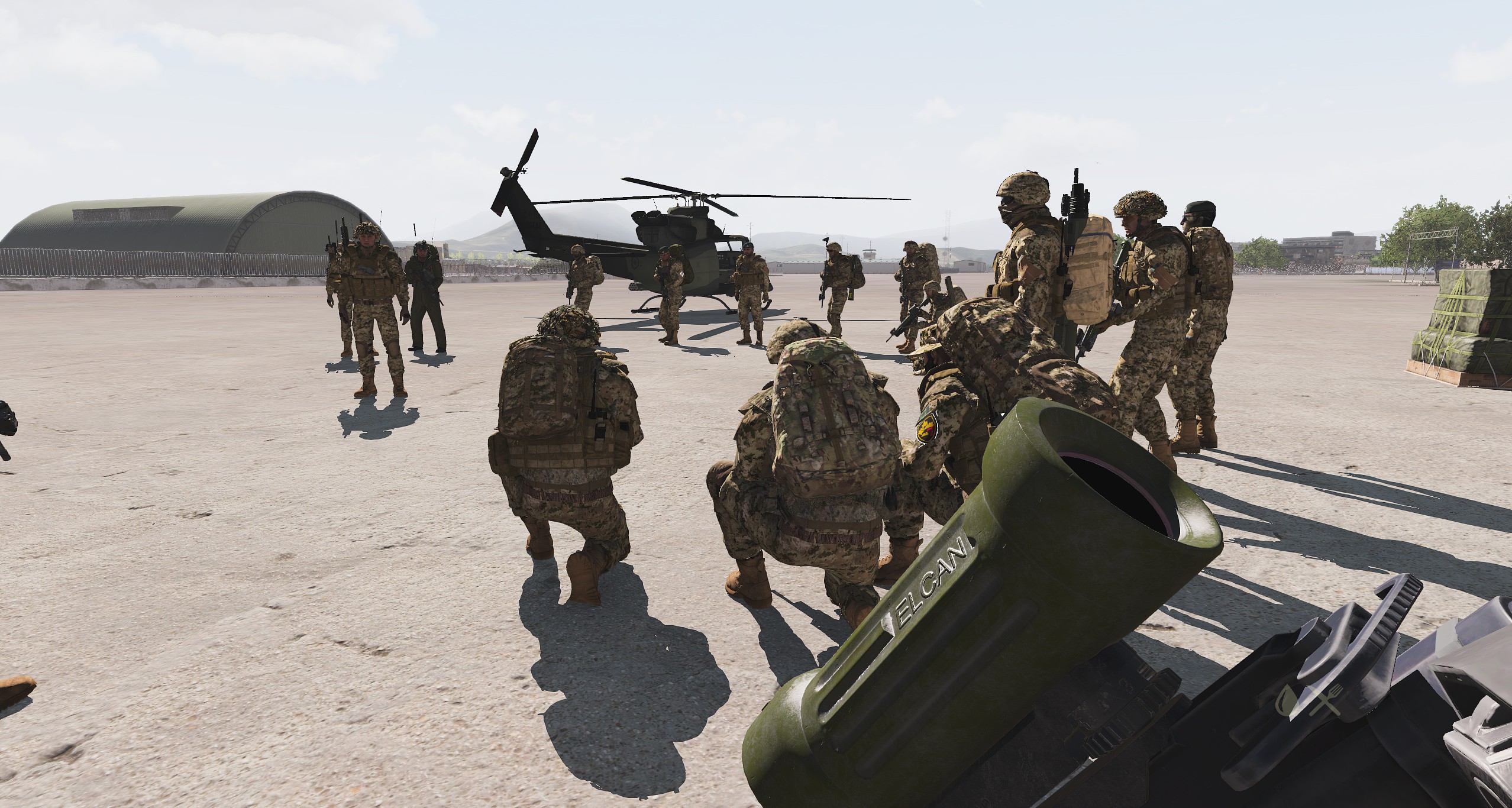 Overall, the operation was rated an overall success with MCpl B.Ogden stating:

"We conducted a crushing and effective assault against the enemy"

This past weekend, 7CMBG forces conducted an air assault to rescue a downed helicopter deep within enemy insurgent lines.

7CMBG ground forces, along with support from volunteers from E18 assisted in a daring mission to rescue the aircrew and airframe of a helicopter; suspected to have been downed by a MANPAD in the area.

After conducting an air assault landing in the AO, 7CMBG ground forces moved to the crash site that had been identified through ISR by 7-Wing F-18s overhead. Afterwhich, 7CMBG forces fought small arms fire, mounted emplacement fire, and even armoured up technicals from insurgent groups. Buying enough time for a heavy-lift helicopter nicknamed "The Whale" to rescue the downed airframe (and later aircrew) to safety.

Further proving how important sucessful deployment of combined arms is in theatre. Great work to everyone involved!